To analyze a conflict at school using a story arc (via Toontastic) to describe that conflict.

An iPad per pair/trio of learners with Toomtastic downloaded and installed on each iPad. 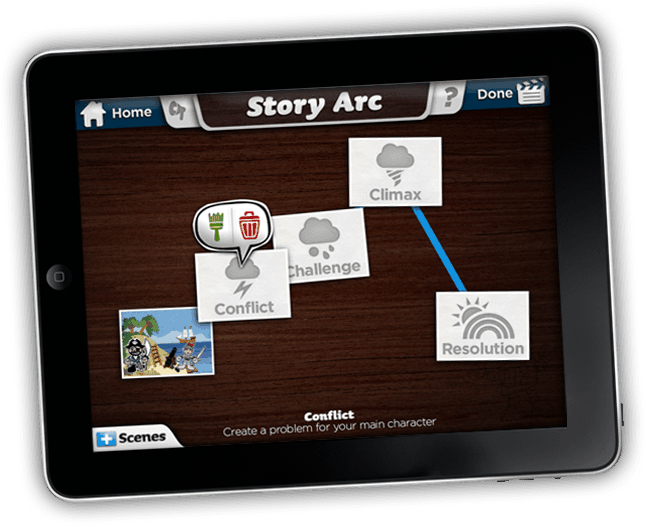 Learners reported that they really enjoyed working together to develop these stories. They devised conflicts about excluding and including peers, arguing about fairness on the playing field, and resolving everyday issues on the playground. Of course there is no scientific way to measure how this impacted their "real" conflicts, but I can say that it gave them practice in analyzing precursors to conflict and how they build into bigger events before they resolve them. (http://allkidscanflourish.blogspot.com/2013/01/using-toontastic-to-build-social.html)